Volkswagen is stepping up its shift to electric cars and plans to invest more than 20 billion euros ($24 billion) in zero-emission vehicles by 2030 to challenge pioneer Tesla in creating a mass market.

The world’s largest automaker by sales said on Monday it would roll out 80 new electric cars across its multi-brand group by 2025, up from a previous goal of 30, and wanted to offer an electric version of each of its 300 group models by 2030.

The German company had previously said it would spend more than 10 billion euros by 2025 on a move to electric vehicles.

“A company like Volkswagen must lead, not follow,” Chief Executive Matthias Mueller told reporters on the eve of the Frankfurt auto show as he unveiled the group’s “roadmap E”.

“We are setting the scene for the final breakthrough for e-mobility.”

Daimler said on Monday its Mercedes-Benz luxury brand planned to offer electric motors for all models by 2022, though cautioned the shift to lower-margin electric cars required extra cost savings.

BMW, which launched the i3 electric car in 2013, said on Thursday it was readying its factories to mass produce electric vehicles by 2020 and pledged to have 12 purely battery-powered models on offer by 2025.

The Volkswagen Group will fully electrify its entire model portfolio by 2030. That means: By then at the latest, there will be at least one electric variant of each of the Group’s around 300 models. For all brands and in all markets. “That’s not a non-binding declaration of intent, but a commitment we’ll be measured by as of this day,” stresses Müller.

The company will provide more than €20 billion for direct investment in industrializing electromobility by 2030. The money will be spent on vehicles based on two completely newly developed electric platforms, as well as on the plants and workforce qualification. It will also go toward the charging infrastructure.

“We also won’t let the issue of batteries be taken out of our hands,” emphasizes Müller. He adds that the company will need a battery capacity of more than 150 GWh a year by 2025 solely to fit its own e-fleet with lithium-ion batteries.

To cater for that enormous demand, the Volkswagen Group has initiated an invitation to tender for long-term strategic partnerships for China, Europe and the United States. “We’re talking here about one of the largest procurement projects in our industry’s history, one with a global order volume of more than €50 billion over its term,” states Müller. That was solely for the Group’s high-volume vehicles based on the all-electric architecture.

News of a €10 Billion battery Gigafactory surfaced last year with Salzgitter in the German state of Lower Saxony being a likely location.

VW invested in solid-state battery startup QuantumScape in late 2014 and have publicly statedthey expect the technology can deliver 700 km range. VW is also targeting a 66 percent cost reduction by using a single battery module design for all of its electrified vehicles.

The CEO makes it clear that the campaign has ambitious objectives: “We want to make Volkswagen the world’s number 1 when it comes to electromobility by 2025.” One-in-four of all new vehicles from the Group might then be powered solely by electricity. “Depending on how the market develops, we’re talking here about up to three million e-cars a year.”

“Nothing can stop the transformation in our industry. And we’ll lead that transformation,” emphasizes Müller. His mission is to shape the system change in drive technology, boldly, uncompromisingly, yet responsibly. As the CEO notes: “Our goal is to redefine mobility. To make it sustainable, clean and better for our customers worldwide. That’s what drives us. That drives me personally. And it’s what 600,000 employees at the Volkswagen Group and our brands are working to accomplish.” 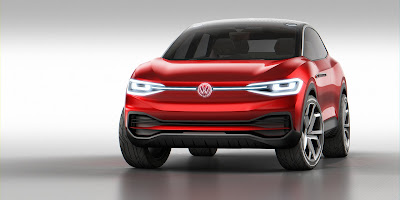 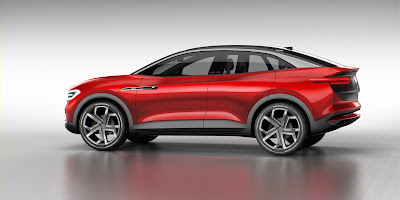