A romp through recent, remarkable news about electric vehicles in China and beyond.

On Saturday, a Chinese official told the audience at an auto forum in Tianjin that the government is working on a timetable to end “production and sales of traditional energy vehicles,” i.e., gasoline and diesel cars, according to accounts from the Xinhua News Agency. Regulators have begun the “relevant research,” and the policy will be implemented “in the near future.”

Details are somewhat sketchy, but it appears the government plans to shift away from the massive research and consumer subsidies of recent years to something like a cap-and-trade program for fuel economy and emissions, with automakers facing rising quotas but tradable credits providing some compliance flexibility.

It’s not a concrete policy yet; we’ll have to see how it’s implemented. But for a moment, look beyond the policy to the optics. This is the world’s largest car market — responsible for around 30 percent of global passenger vehicle sales — announcing an imminent end to fossil fuel cars. That’s a big, big deal.

It is just one of many remarkable developments around EVs recently. The past year has seen trumpet blast after trumpet blast heralding the arrival of an EV revolution — sooner than most analysts expected.

How fast that revolution will unfold is the source of much dispute and uncertainty. And it matters a great deal to oil demand, electricity demand, greenhouse gas emissions, air pollution, and global trade flows.

In many ways, questions around EVs parallel questions around renewable energy. They have both been consistently underestimated. If they continue beating expectations, revolution is nigh. But there’s also a lot of hype, wildly conflicting projections, and plenty of risks and pitfalls ahead.

So let’s take a look at a few recent developments.

China is only the latest country to announce its intention to phase out the production and sale of gas and diesel vehicles altogether.

Many of these promises are vague or lack implementation plans, and all could be overturned by subsequent governments, but they all carry a clear message. While there are all sorts of clever EV support policies, outright bans carry a unique political and market-moving weight — especially in rapidly expanding markets like China and India.

There’s a big psychological difference between “we’re going to start edging into a transition” and “we’re ending gas cars.” There’s a finality to the latter that, shall we say, stimulates the entrepreneurial imagination.

(Some) automakers are making big promises on EVs

In most big markets outside the US, EVs are the hot thing, so lots of major automakers have announced plans to start shifting in the direction of electrification, through either conventional gas-electric hybrids (HEVs), plug-in gas-electric hybrids (PHEVs), or pure battery electric vehicles (BEVs).

Some pledges are more ambitious than others. And all must be taken with a grain of salt, given that many automakers are not hitting their current EV targets. Here are a few, in chronological order. 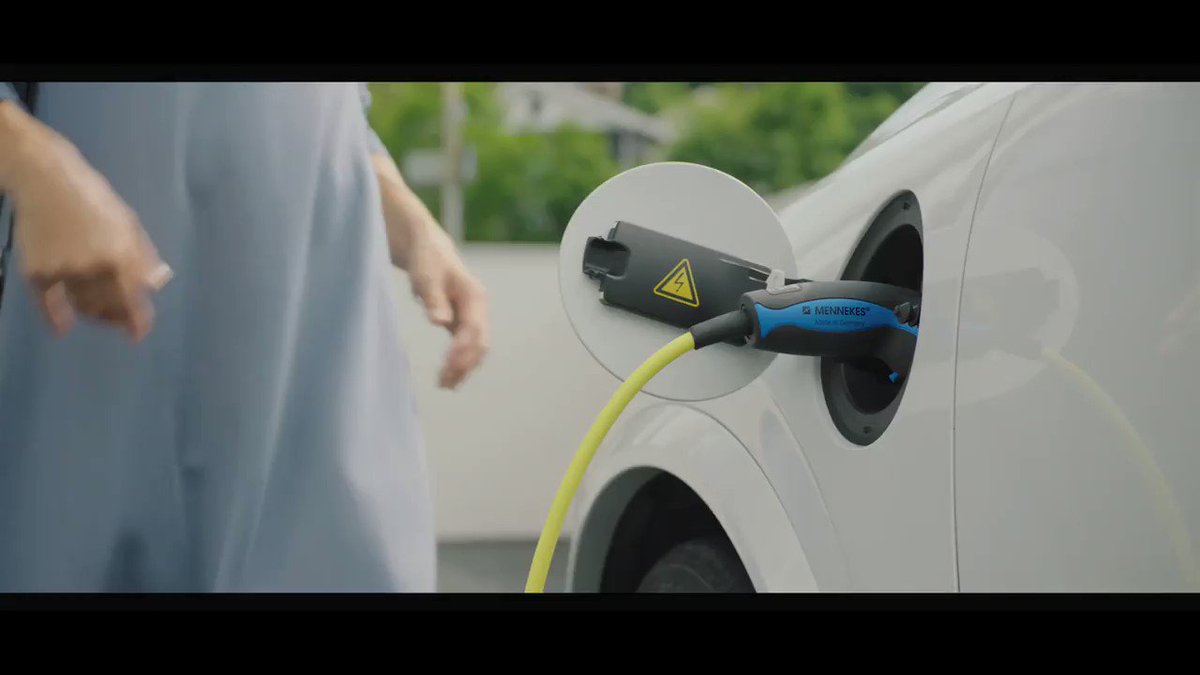 We are committed to electrification, so from 2019 all new Volvo car models will include an electric motor. #VolvoCarsEVs

In contrast to their European counterparts, the Big Three US automakers — Ford, GM, and Chrysler — have been slackers on EVs. Across all three, today they offer three BEVs and five PHEVs. And in the next three-plus years, they have cumulatively promised one (1) noncommercial EV. (The Renault-Nissan electric alliance, which had an early lead in EV sales, isn’t doing that great either.)

What Ford, GM, and many other automakers have done is go to China to establish partnerships. “The biggest players are shifting crucial scientific and design work to China,” wrote Keith Bradsher in the New York Times, “as the country invests heavily in car-charging stations and research and pushes automakers to embrace battery-powered vehicles.”

China is leading now, and the US is lagging. But we are getting some cool cars.

Three cool new models are coming to the US this year

EVs have typically been criticized for being too expensive and not going far enough on a charge. But with every new model that hits the market, they get cheaper and go farther. Three notable contenders this year (listed prices will be lower after the $7,500 federal EV tax credit and various state-level incentives):

Car-sharing services are on board

EVs are still a tiny fraction of the vehicle market.

The question is what kind of trajectory EVs are on, how fast they will grow from that small base. On that subject, opinions … differ.

Analysts disagree about when EVs will go big

• The International Energy Agency more than doubled its central forecast for EVs, raising its 2030 EV fleet size estimate from to 58 million from 23 million.

• BP anticipates 100 million EVs on the road by 2035, a 40 percent increase in its outlook compared with a year ago.

• Statoil ASA, the Norwegian state oil company, says EVs will account for a 30 percent of new sales by 2030.

As you can see, forecasts are all over the place, with BNEF substantially more optimistic than other analysts, mainly because of the plunging price of lithium-ion batteries. In 2010, li-on battery packs were $1,000 per kilowatt-hour. Today they’re under $300. By 2026, BNEF expects them to be under $100, and under $73 by 2030. That’s just through scale and learning, not any particular technological leaps.

I’m testing your patience now, so we’ll conclude with brief mention of a few things that might accelerate or decelerate the EV revolution.

What could speed up the EV revolution

The EV market results from the interplay of several key trends, any one of which could surprise analysts by accelerating.

For example, most forecasts incorporate steady, incremental improvement in batteries, but there’s always the chance that R&D (which is focusing intensely on batteries these days) could bring a step-wise leap in performance, perhaps due to some new battery chemistry with “nano” in the name.

Similarly with policy. Most forecasts incorporate existing policies but are leery of projecting newer, stronger policies. Nonetheless, all the drivers pushing toward more stringent policy (especially local air-quality concerns) are likely to continue, which means policy is likely to tighten faster than most forecasts indicate.

A few other things that might accelerate the EV transition:

What could slow down the EV revolution

Of course, things could always go worse for EVs than expected. The incredible progress in batteries could slow or plateau. There might be some kind of economic downturn or public backlash that causes countries to dial back their policies (and EVs are, for the time being, dependent on supportive policy). Consumers might be more resistant to the transition than expected. The world can always disappoint us.

The EV transition is underway

The point of all this is that momentum toward EVs is building rapidly — so rapidly that forecasts are being rendered anachronistic within a year of release. China, France, and the UK have announced they are ending gas and diesel cars, period. That’s crazy!

Imagine, if you will, a global diaspora of ambitious young researchers and entrepreneurs who hear that in their lifetimes, the most common passenger vehicle in the world will effectively become illegal to make — that they will almost certainly see a large-scale transition to electric vehicles.

That means there are riches and renown to be had. (Do people still say “gold in them thar hills”?)

The people and companies that figure out how to make EVs work — drive costs down, get charging in place, soothe consumer fears about range and cybersecurity, develop new features and services — are going to make a metric shit-ton of money in coming decades.

As for me, in this rare case, I’m an optimist. Once it really sinks in that the transition to EVs is underway and inevitable, a lot more people will hop on the bandwagon, through a sense of public service or a desire for riches or some mix of the two.

A lot of brainpower and money are going to be put behind EVs in the next 20 years. Once the transition gets going, I think it’s going to go quick.