FCA: New strategy calls for electric models across all brands

The era of Sergio Marcchionne is nearing its end but before the head of Fiat-Chrysler will quit his job next year, he wants to ready all brands for an electrified future. His 5-year plan calls for a move away from diesel and into electric and hybrid models.

The CEO of the FCA group, Sergio Marchionne, had been heard a sceptic when it comes to electric cars. However, he too had moved gradually into the growing circle of executives that see themselves being forced, or drawn into electrification. In the case of FCA, the undertaking is huge as hybrid and electric models must be introduced across all brands, including Maserati or Jeep.

At Maserati alone, their 5 year business plan as announced by Tim Kuniskis, head of FCA’s premium brand, will see them phase out all diesel engines and turn to electric cars and plug-in hybrids instead. Maserati will launch 8 plug-in hybrids and four full-electric versions by 2022. The electric models will form the Maserati Blue line and feature three electric motors with 800 Volt technology. Moreover, Maserati has made a pact with Ferrari to deliver their drive technology in future, including hybrid and all-electric systems. 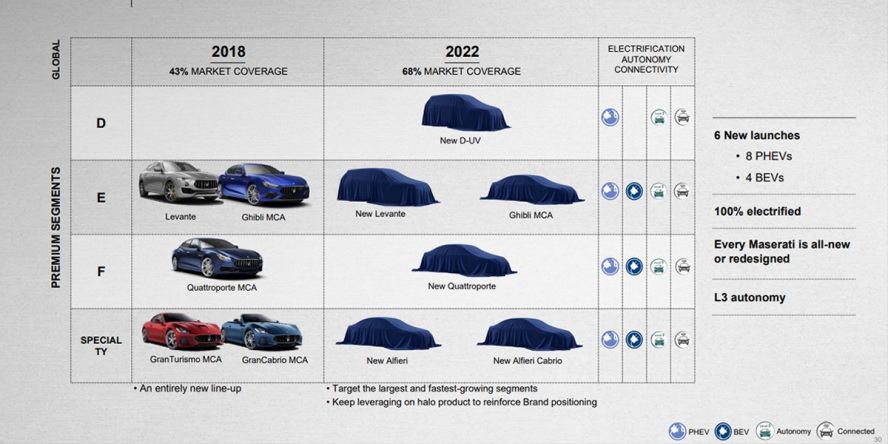 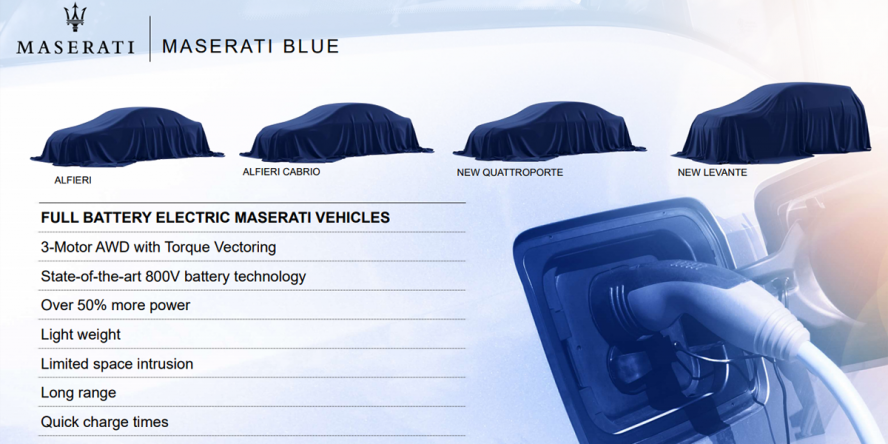 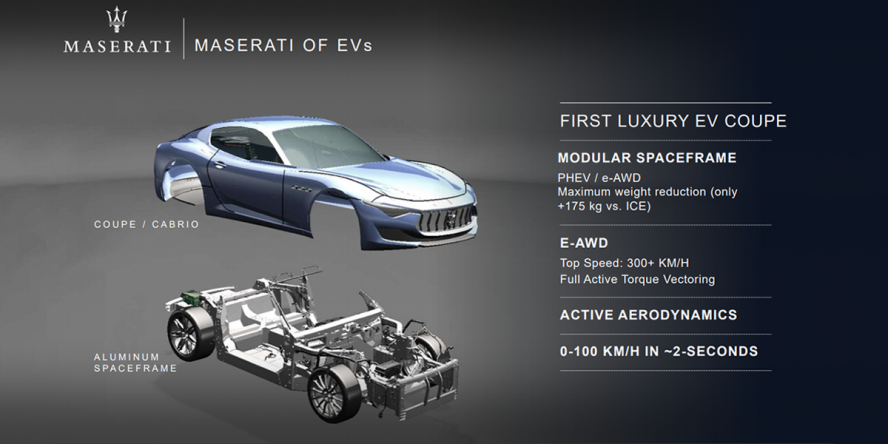 Kuniskis named the Alfieri as a flagship model and outspoken Tesla fighter, saying “it may look like we are targeting Tesla: we are,” at an FCA event, a plan Marchionne had hedged as early as 2016. The Alfieri will be available in coupe and convertible forms and fully electric as well as PHEV. Other cars to come in both plug-in variants are the Quattroporte and Levante.

But FCA has more to offer as their plans include four all-electric and ten PHEVs for Jeep alone by 2022. Both the Wrangler and the Grand Commander will boast a plug-in hybrid drive and electric variants from 2022, and the same is true for the Renegade. The fourth EV has not been named yet but the strategy lines up PHEV versions of the Jeep Compass, Cherokee as well as the Grand Wagoneer. 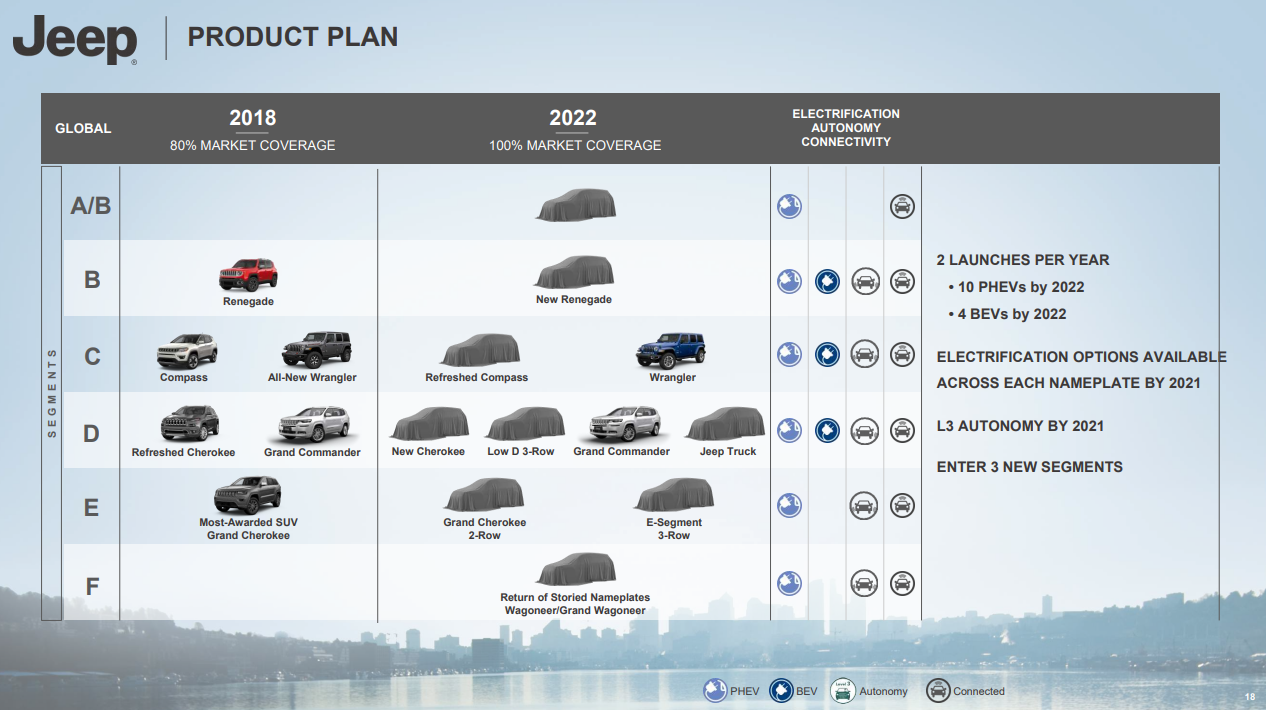 Add to this Alfa Romeo that is to electrify its entire lineup, with mostly hybrid systems. They plan up to seven plug-in hybrid cars, among them the Giulietta, the Alfa Romeo Giulia, Stelvio, the 4C Spider and 4C Coupé as well as two more models unknown as of yet. 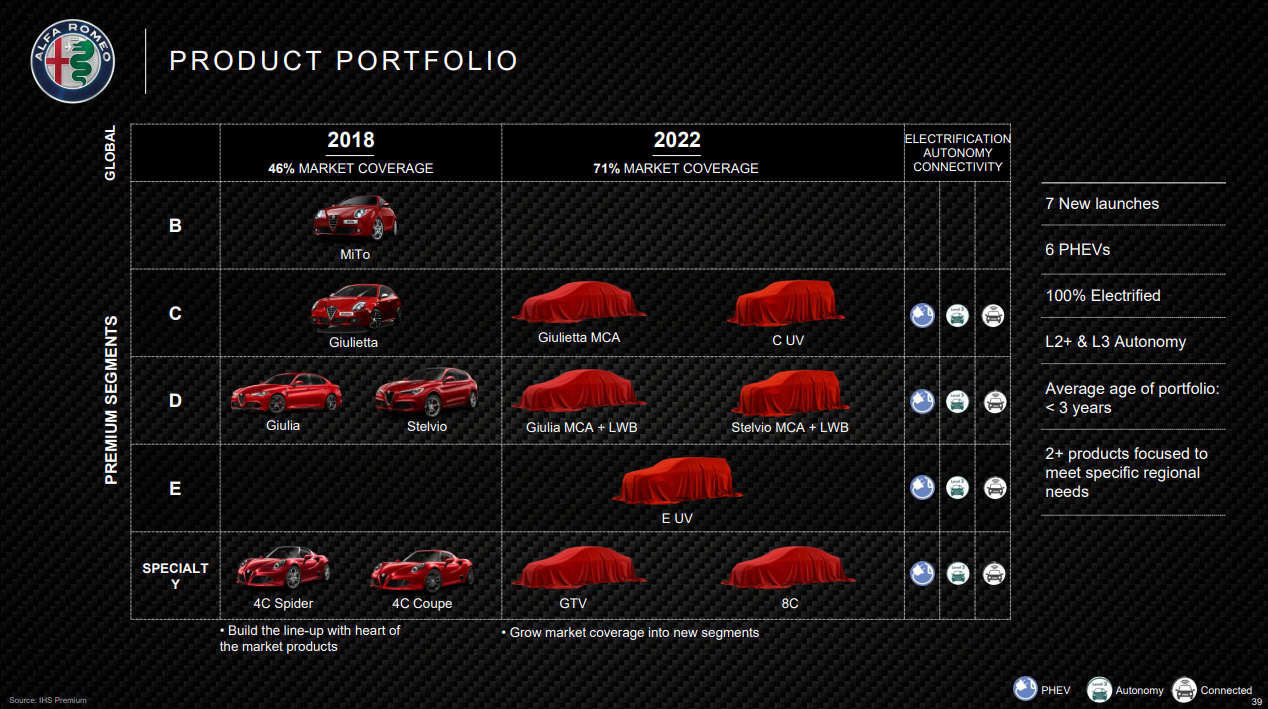 Last but most charmingly, Fiat will electrify the cute classic Cinquecento (again). The Fiat 500 will first arrive with a mild-hybrid by 2019, alongside an estate version of the 500, called 500 Giardiniera. 2020 will then see a fully electric and entirely revamped version of the Fiat 500, finally acknowledging the previous success of the too limited 500e electric car first introduced in 2013 before it was plagued by recalls. The plan to electrify had been expected but has now been made official (see links to PDFs of FCA brands below.)